Postdoc position for the Categorical Kaehler Geometry and Applications Project
26.01.2021 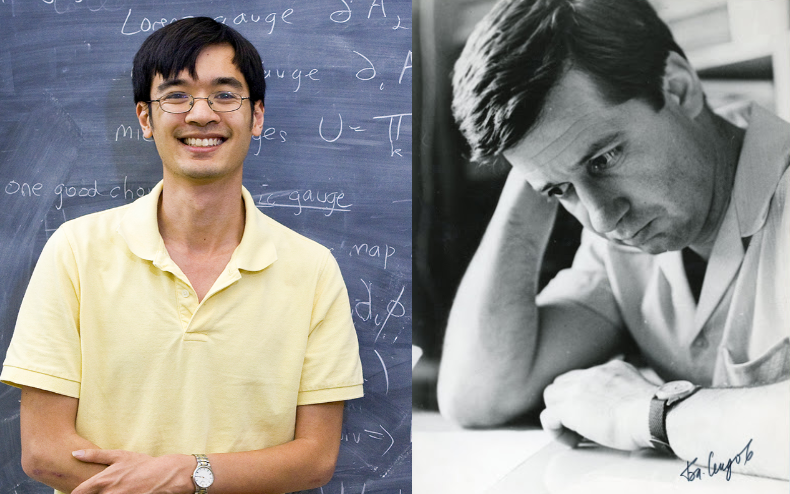 Fields medalist Terence Tao will give a lecture on his proof of Sendov’s conjecture
26.01.2021 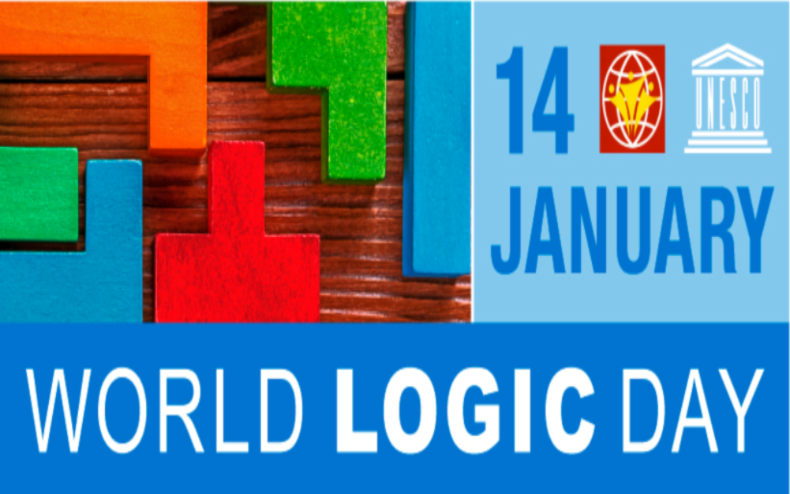 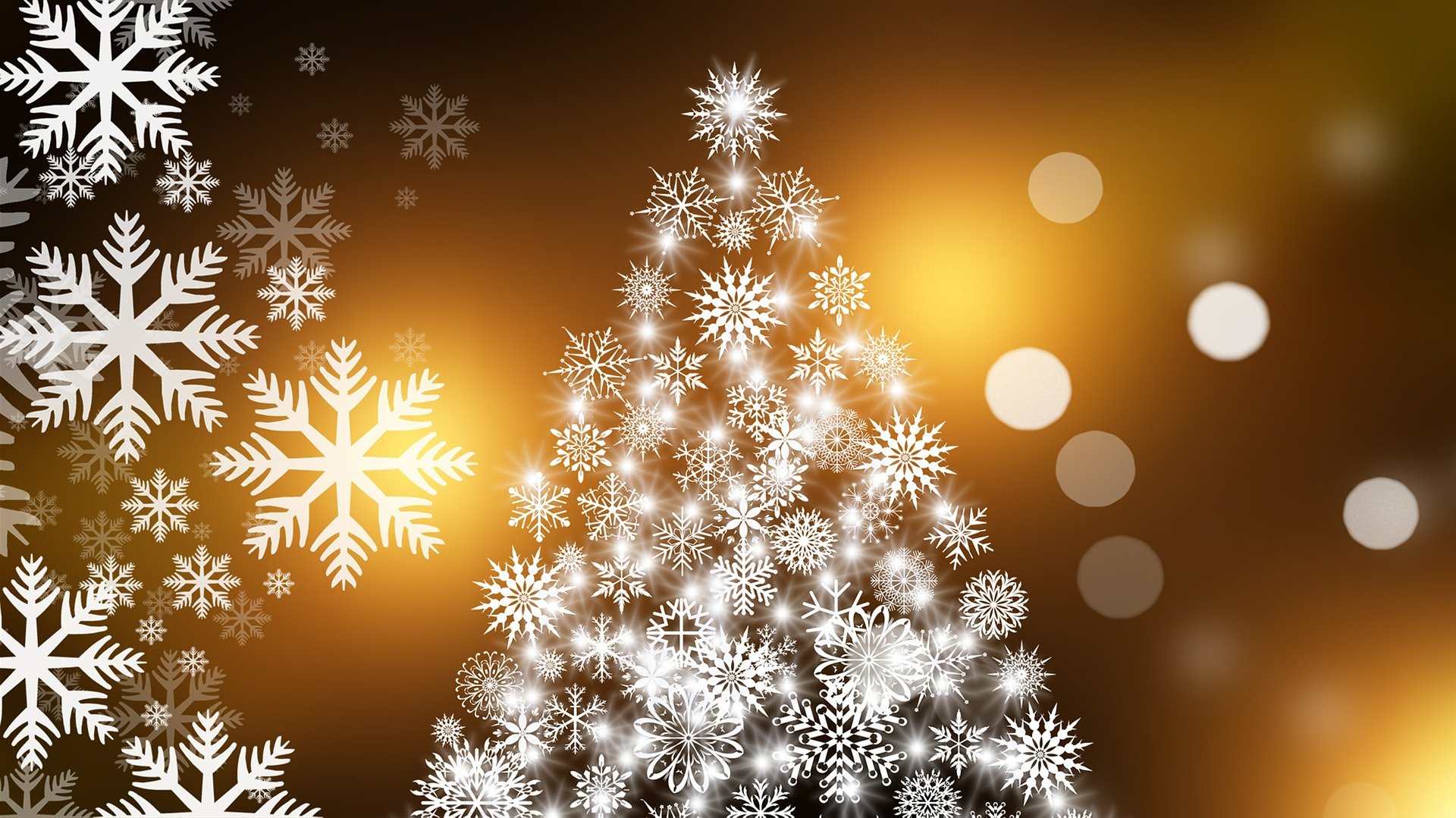 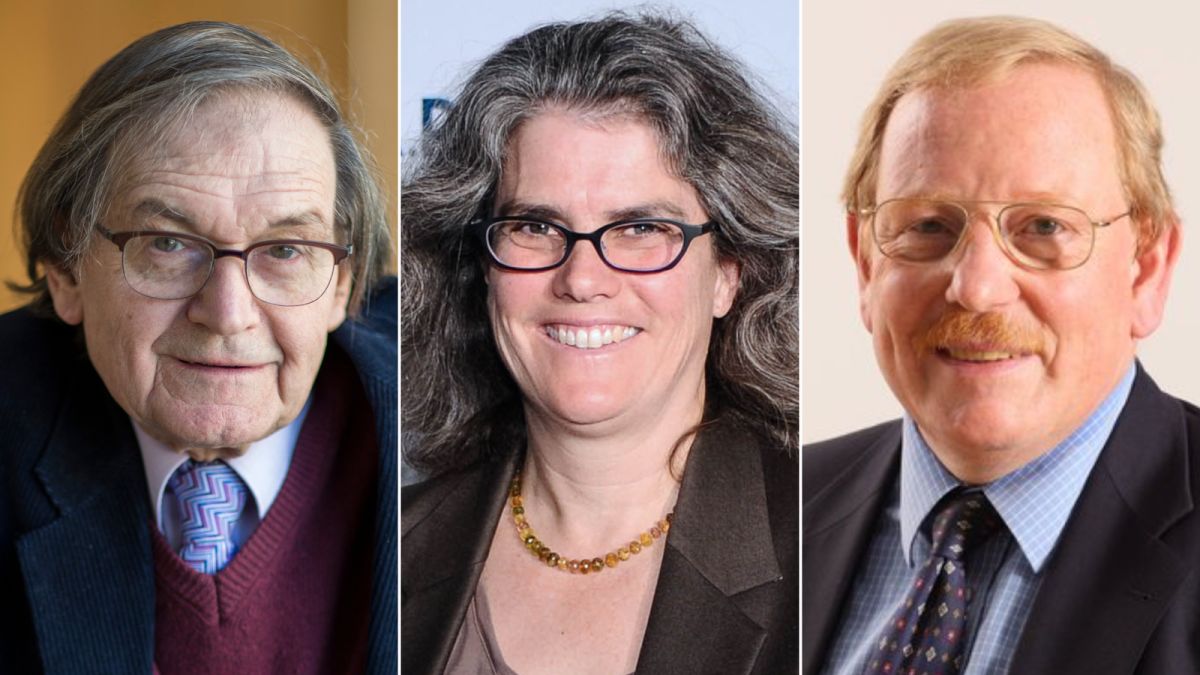 National Seminar on Probability and Statistics

Joint Meeting of the Algebra and Logic Seminar and the Joint Seminar on Analysis, Geometry and Topology

NTADES 2021: Eight International Conference on New Trends in the Applications of Differential Equations in Sciences

Postdoc position for the Categorical Kaehler Geometry and Applications Project

The Institute of Mathematics and Informatics at the Bulgarian Academy of Sciences offers a 6-month Postdoc position in Sofia, Bulgaria, with a possibility for extension in the next two years. The position is a part of the project ”Categorical Kaehler Geometry and Applications” (CKGA), funded by the National Science Fund of Bulgaria, National Scientific Program VIHREN. 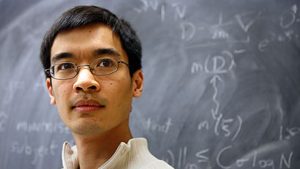 On January 26, 2021, prof. Terence Tao, University of California, Los Angeles (UCLA), will deliver a colloquium talk on Sendov’s conjecture organized by the International Center for Mathematical Sciences (ICMS-Sofia) at the Institute of Mathematics and Informatics – BAS, the Institute of Mathematical Sciences of the Americas at the University of Miami (IMSA) and the Union of Bulgarian Mathematicians (UBM).

Terence Tao is an Australian-American mathematician, born in 1975. He is a professor in the Department of Mathematics at the University of California. He works in a number of mathematical areas, but primarily in harmonic analysis, PDE, geometric combinatorics, arithmetic combinatorics, analytic number theory, compressed sensing, and algebraic combinatorics. Tao is an editor or an associate editor at several mathematical journals. He is the author and co-author of over three hundred scientific publications.

Terence Tao was awarded the Fields Medal in 2006. In 2012, he won the Crafoord Prize of the Royal Swedish Academy of Sciences, which is 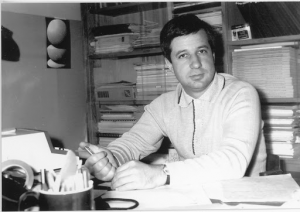 considered equal to the Nobel Prize. In 2014 Terence Tao became a laureate of The Breakthrough Prize in Mathematics “for numerous breakthrough contributions to harmonic analysis, combinatorics, partial differential equations and analytic number theory”.

In December 2020, Prof. Tao managed to make a major breakthrough in the proof of Sendov’s conjecture about the distribution of the critical points of a complex polynomial, proving this conjecture for sufficiently high degree polynomials (https://arxiv.org/abs/2012.04125).

His lecture is entitled Sendov’s conjecture for sufficiently high degree polynomials. The event will be held online through the Zoom platform, starting at 18:15 EET on January 26, 2021.

This event is organized in memory of Academician Blagovest Sendov who passed away one year ago.

More about Terence Tao could be found on his blog.
Find more information about his talk on https://icms.bg/.
Join Zoom Meeting: https://zoom.us/j/96005943833?pwd=cG9aalBjcTVZVy9LSHNLeVovalpIZz09

Based on the success of this First World Logic Day, on 26 November 2019, UNESCO proclaimed 14 January to be World Logic Day and included it in its list of International Days. The event is very popular worldwide. Last year there were 60 scientific events in 35 countries and this year 45 events in 27 countries have already been registered.

To mark the day the logicians from the Bulgarian Academy of Sciences and from Sofia University “St. Kliment Ohridski” have decided to organize a joint event on the occasion of the World Logic Day 2021. The event is included in the official program of the Third World Logic Day.

The event will take place via Zoom on January 15, 2021 (Friday) from 9:30 am local time (UTC+2). Everybody is cordially invited to attend by following the link:

The programme is available here.

There will be 10 talks from the three scientific institutions. Since many scientific events are planned worldwide for January 14, the organizers of the joint seminar have decided to schedule the event for January 15, 2021.

Official guests of the joint seminar, who will participate at the opening ceremony, are:

An official guest for the afternoon session of the event will be Prof. Jean-Yves Béziau, Creator of the World Logic Day and Editor-in-Chief of Logica Universalis.

The home page of the official World Welcome Celebration of January 14, 2021, is
http://www.logica-universalis.org/wld3

The page contains also a pre-recorded video address by Her Excellency Maria Edileuza Fontenele Reis to the worldwide community
that everybody can watch on
http://www.logica-universalis.org/wld3-brazilian-unesco-ambassador

Two of our colleagues, Alexandra Soskova and Valentin Goranko, are among the official guests of the ceremony. 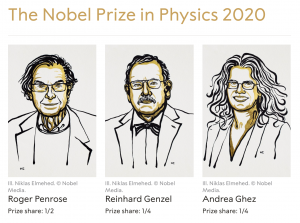 This year Nobel prize in Physics is awarded for two independent contributions. One half was awarded to Roger Penrose for the discovery that black hole formation is a robust prediction of the general theory of relativity, the other half jointly to Reinhard Genzel and Andrea Ghez for the discovery of a supermassive compact object at the centre of our galaxy.

Roger Penrose is an eminent British mathematician and mathematical physicist. He is Emeritus Rouse Ball Professor of Mathematics at the University of Oxford. Penrose has made contributions to the mathematical physics of general relativity and cosmology. This year he was awarded half of the Nobel prize for Physics for his analysis of black hole formation in general relativity. His main contribution is the proof that the curvature singularity of a black hole is not an artefact of the symmetry, a common belief at the time, but inevitably forms as long as a trapped surface exists. In other words, as long as there are an apparent horizon a curvature singularity forms independent on the shape of the horizon. This is an extremely important discovery as it demonstrates that perturbations and deviations from spherical (or axial) symmetry do not destroy the structure of a black hole proving that black holes are a robust prediction of the theory of general relativity. Among his numerous other contributions is the formulation of the cosmic censorship hypothesis, stating that singularities need to be hidden from an observer at infinity by the event horizon of a black hole.

Reinhard Genzel is a German astrophysicist, co-director of the Max Planck Institute for Extraterrestrial Physics and Andrea Mia Ghez is an American astronomer and professor in the Department of Physics and Astronomy at UCLA. They both lead groups of astronomers that, since the early 1990s, have focused on a region called Sagittarius A* at the centre of our galaxy. The measurements of these two groups agree, with both finding an extremely heavy, invisible object that pulls on the jumble of stars, causing them to rush around at dizzying speeds. Around four million solar masses are packed together in a region no larger than our solar system. Their pioneering work has given us the most convincing evidence yet of a supermassive black hole at the centre of the Milky Way.

To the Award page